Court of Justice of the European Communities

To build Europe, the member States have entered into treaties forming the European Community, then a European Union, supported by institutions, which adopt the rules of law in specified fields.Luxembourg issued a special postage stamp on 2 December 2008. To respect these rules, to interpret them, and to ensure they are applied equally in all member States, requires a legal institution.

This legal institution is the Court of Justice of the European Communities, which is also an institution combining the Court of First Instance, created in 1989, with the Civil Service Tribunal, created in 2004. One of the essential tasks of the Court consists of interpreting community law at the request of national judges who are themselves bound to apply it directly in their own courts and, in case of conflict, in preference to their own national law.
The community law concerns citizens as they conduct their diverse activities because it relates to workers rights, the environment, consumer protection, free circulation of goods, free provision of services, etc.
The Court of Justice, in interpreting this law, and by respecting it, thus must take into account the concerns of citizens in various aspects of their everyday life. The Court of Justice also examines the legality of community acts and intervenes to resolve conflicts between community institutions, between these institutions and the member States, and even between member States.

A modern and multilingual judicial institution, the Court of Justice of the European Communities has been in Luxembourg since its formation in 1952 and has had its headquarters here since 1992. It has had a Courthouse here since 1973, which has now been renovated and enlarged according to the plans of architect Dominique Perrault. As seen on the new postage stamp of Luxembourg: the new Courthouse is made up of the old Courthouse. The building is intended to accommodate the courtrooms, surrounded by a Ring containing the offices of the Members, of two towers for translation services. A Gallery connects the group of buildings in the complex the new Courthouse. The Court of Justice was inaugurated on December 4th 2008. 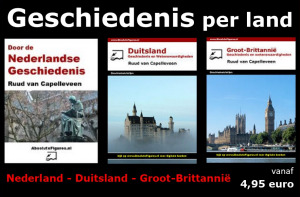 All rights reserved. Published by AbsoluteFigures.nl